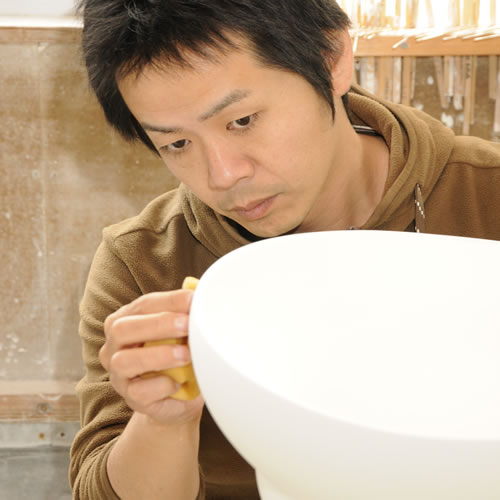 ・Hisaki is the eldest son of SHOMURA, Ken who is the fifth generation potter of Banko Kiln.
・He was brought up watching typical Arita white porcelain placed across town and really thought that he wanted to produce original works.
・His porcelains are displayed on the shelf in the luxurious hotel and tearoom in Japanese tea ceremony.
・He developed the series of shirotaeji silky white porcelain that has an elegant matt texture.
・That's because he has skill that is combined both graduation with glaze depth and the shade by engraving.