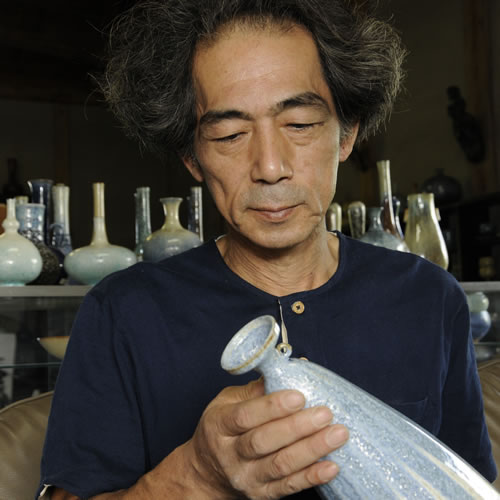 ・NAKAO wanted to become a philosopher in his school days, read many books and had a discussion with the professor.
・His father was also a potter, seeing his making pottery, Tetsuaki determined to make his way to becaome a ceramic artist.
・He had retinal detachment and was unable to see things, one day he dreamed of floating stars in the night sky.
・He thought his painful experience should save for those who had the same emotion, the dream translated into new work.
・The glaze called gingayu that is seemingly unfamiliar glitter to us was invented as if numberless stars twinkle in the space.
・His warm messeage through gingayu works is contained with praying for world peace.