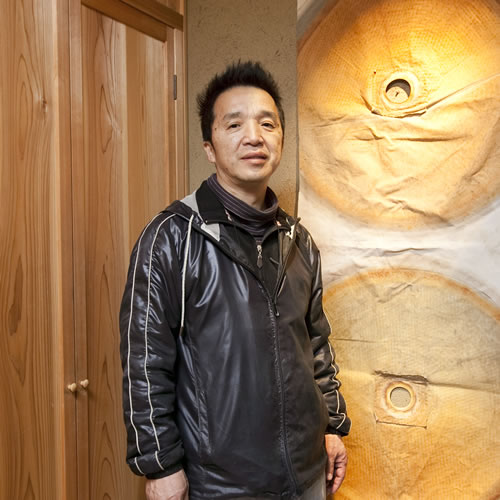 He is the proficient ceramic artist of Tanba Ware and one of the high-ranked ceramic artists in Japan.
In 1995, at the 13th Japan Ceramic exhibition, he made his vivid debut as the youngest winner by his original art “KAI” that looks like a large shell.
His arts have been introduced in the exhibitions not only in Japan but also all over the world.
“Senmonki,” with line design is a breathtaking art. It is the art piece of the contrast of red and black, which may be the expression of self-transcendence.
This artist’s arts are always full of originality and attracted attention of ceramic lovers over the world.