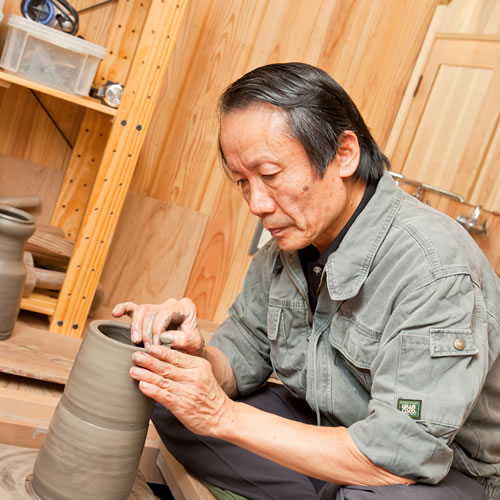 ・Yasushi was born in the Mori family that is one of the six major kiln families in Bizen ware.
・Continuing Bizen-yaki tradition, he is working new yakishime with an interesting idea.
・Many students came to the Morihozan pottery from around the country and were trained to make Bizen-yaki.
・More than fifty years have passed since he started making pottery.
・He was recognized the Bizen-shi Important Intangible Cultural Asset holder by the achivement in 2013.