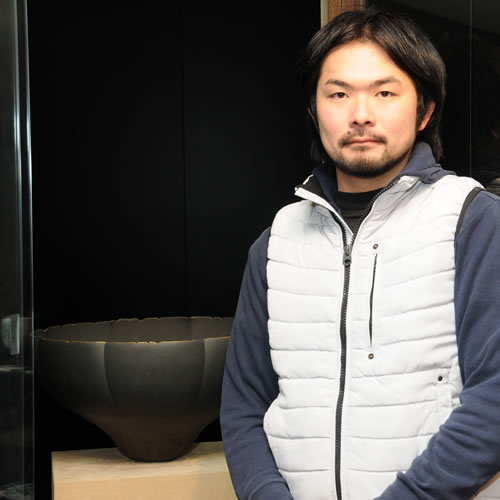 ・The family business is pottery of Imari-yaki with more than 80 year history.
・Shuji learned sculpture in college and had a dream of becoming a sculptor.
・He returned to hometown, and increasingly start to be interested in making porcelain as helping out the family business.
・A series called Rin has the rim carving jagged, and it means sense of floating. Once black color's figure was created and white body is also made these days.
・Both of tradition and creation give a good effect on works and he advances toward future Imari-yaki production.