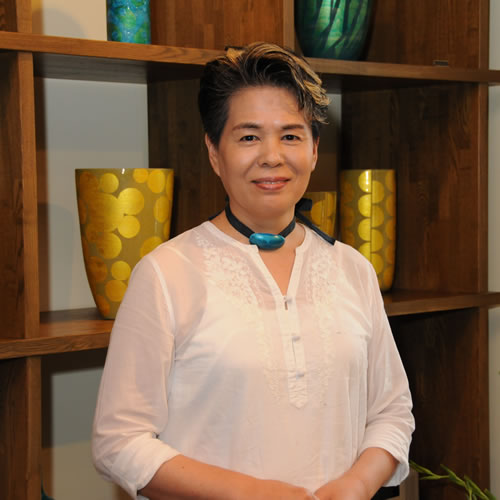 ・ONO, Emi is the wife of the late ONO, Jiro.
・She is the head of the Kohakutogeisha at Ureshinocho, Saga prefecture now.
・She watched the late ONO, Hakuko making underglaze gold works. It seems to be painstaking work because minute gold foils are pasted.
・Her husband Jiro also created "yurikinsai" and she helped him with production for more than 15 years.
・She inherited the skill of making "yurikinsai".

Selected
The Arita International Ceramics Competition, The Exhibition of Traditional Kogei of SEIBU Area in Japan