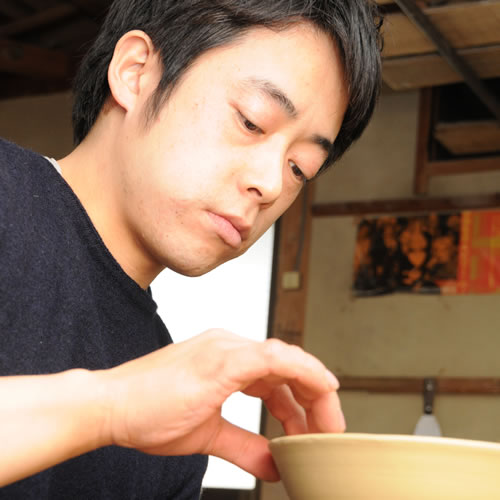 ・Yotaro is a son of FUJINOKI, Dohei who is also Karatsu-yaki artist.
・He returned to his hometown after graduation from college and learned ceramic from Dohei for three years.
・He consistetly makes with everything from preparing soil, making form and firing.
・A wide variety of pottery are made such as tea utensil for Japanese tea ceremony, vase, sake cup, tableware and ornament modelled animal.
・He makes it a rule to write the conceptional drawing on the paper before making pottery.
・Solo exhibition is held in the Kuroda Toen in Tokyo and hold at other citiies including Osaka, Fukuoka.